Traveling the world as a photojournalist had a lot of perks. The most obvious, of course, was travel. The downside, as with all things, was of course, travel. Rita didn’t always travel to elegant and exotic locales like Paris or Tokyo. Most of what she did was in poor countries where sickness and sadness and way too many bugs reigned king. She would hardly give it up for anything, though, she loved her job. It let her do what she loved best.

And no, what she loved best was not taking photos. What she loved most was being sent off to wildly wealthy cities or areas for little bits at a time, snapping a few photos, and using the rest of her time to perform acts of burglary that would make Catwoman froth at the mouth. Or at least, she liked to think. Being press got her into a lot of high-security areas, and being quick helped with the rest.

She wasn’t much to look at, which was more than a boon. Girls in movies always end up seducing men to get past them, but it was much easier just to be a familiar face. 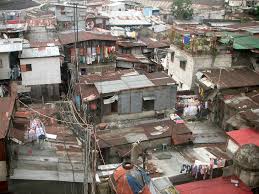 And here she was, in some poor slum of India, doing what she loved most – playing a modern Robin Hood, sharing food and supplies with people who needed something just to help the day along, having sold off the jewels and goods she’d stolen for it. She could tell some of these people were barely surviving, and to help them just for a few hours or just get them through one day a little easier made her content. She would probably get caught one day, but that mattered less to her than the amount of people she could help in the meantime.

I make things. View all posts by Kristington